Embraer’s E-Jets family of commercial aircraft reached the milestone of 1,700 aircraft delivered to customers. The milestone was celebrated on Thursday with the delivery of an E195-E2 to the airline KLM Cityhopper, in a ceremony held at the manufacturer’s headquarters in Brazil.

An aircraft that came after the good acceptance of the ERJ regional jet, which put Embraer back in the spotlight in the commercial aviation market, the E-Jets arrived on the market in 2004, starting with the E170 version (which had 191 units delivered).

According to Embraer, the E-Jets are in service with 150 airlines in more than 50 countries. KLM Cityhopper, which received the 1,700 model of the series, is one of the largest operators of the Brazilian aircraft, with 60 aircraft in its fleet (including 47 first generation models and 13 E2). The Dutch company still has leasing contracts for another 12 E195-E2 jets, with an option for another 10.

“We are proud, that with the latest addition to our KLM Cityhopper fleet, Embraer reaches this great milestone, namely the delivery of the 1700th production aircraft. A great moment to celebrate the many years of collaboration between KLM Cityhopper and Embraer. This E2 will bring us further to become one of the leaders in transforming the aviation industry to become more sustainable,” said Warner Rootliep, Director of the carrier.

Francisco Gomes Neto, Embraer’s President and CEO, attributed the longevity of the E-Jets program to continuous improvement. “We’re always looking for ways to make our aircraft better – operating costs, reducing maintenance intervals, and adding new technology. And recently the E2 has also proven it can fly on 100% SAF, which makes them even more sustainable.”

The E-Jets program has already registered more than 1,900 firm orders from more than 100 customers. Currently, Embraer maintains a mixed production line, where the new E190-E2 and E195-E2 models are produced together with the first generation E175, which remains the best-selling aircraft of the Brazilian manufacturer.

Also on Thursday, Embraer signed a Memorandum of Understanding with SalamAir, from Oman, for the acquisition of 12 E195-E2s. 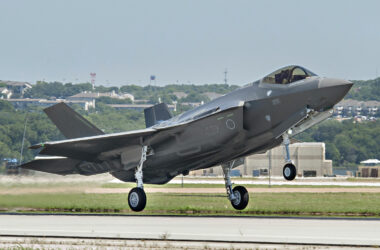 On 7 October, the Austrian Ministry of Defense reported that it had a budget of €16 billion available… 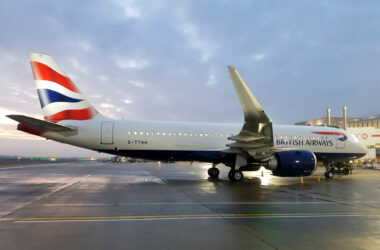 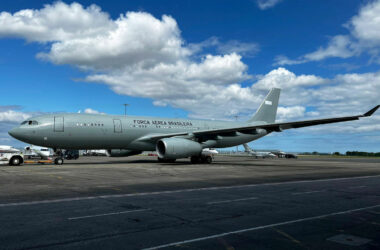