Ricardo Meier
0
0
0
0
Manufacturer is expected to modify about 50 aircraft components, including Martin Baker’s ejection seat, to enable purchase of 12 units for the Air Force
Total
0
Shares
0
0
0
0

HAL (Hindustan Aeronautics Limited) has decided to bid for 12 fighters that Argentina plans to announce in early 2022. The Indian manufacturer is offering a modified variant of the LCA Tejas Mk1A, a light fighter developed in the country.

According to the Zona Militar website, HAL proposes modifying about 50 components of the aircraft in order to conform it to Air Force requirements and also replacing the ejection seat provided by Martin Baker to avoid the UK veto.

The Tejas would receive an in-flight refueling rig and a new nose cone, among other changes. HAL intends to send its proposal to the Argentine government in November, which includes the involvement of companies in the country in assembling the jets.

Competition to supply the Argentine Air Force with combat fighter jets has dragged on for years. The South American nation even selected the FA-50, from the South Korean KAI, but the company withdrew from the agreement after the United Kingdom banned the use of British ejection seats.

The favorite proposal is that of Chengdu-PAC, which offers the JF-17 Thunder Block III fighter, which was even included in the budget proposal for the year 2022. The Argentine Ministry of Defense, however, denied that it had selected the aircraft.

Russia recently made a new offer of the MiG-35 fighter, an advanced variant of the MiG-29.

With no authentic fighter jets since 2015, the Air Force uses some A-4 subsonic attack aircraft in air defense. 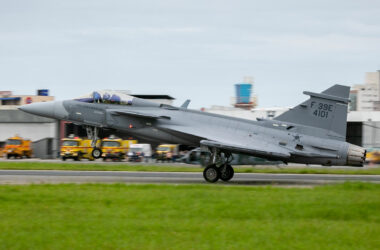