OGMA, Embraer’s subsidiary in Portugal, has increasingly become an important part of the Brazilian group. The company, which emerged from a division of the Portuguese Army in 1918, has already produced several aircraft under license, in addition to performing maintenance on various models, from the C-130 Hercules turboprop to Airbus helicopters.

Since 2004, OGMA has belonged to Embraer, which started to rely on the company for various purposes, from the maintenance of the ERJ regional jets to the production of components for the KC-390.

Recently, Embraer invested in training OGMA to perform maintenance and support services, in addition to manufacturing parts for the A-29 Super Tucano, as a way of bringing service closer to its customers.

This week, OGMA took on a new responsibility, being the first Authorized Maintenance Center for the E2 family of commercial jets in the world.

Thanks to the certification granted by the Portuguese Civil Aviation Authority (ANAC), the company can carry out heavy maintenance on the new E2s in Europe, the Middle East and Africa.

Wideroe is the first customer

The first E2 customer to sign a contract with OGMA is the Norwegian airline Wideroe, which was the launch customer of the E190-E2 and will soon carry out the first maintenance of an aircraft of the model in Portugal.

“Obtaining this certification by OGMA is a crucial strategic step to strengthen Embraer’s presence in the EMEA region and is an unmistakable sign of the continued commitment we make to Portugal as a leading technological partner in the country’s aeronautical industry,” says Johann Bordais , President & CEO, Embraer Services and Support.

“We are delighted to reach such an important milestone, which results from the tireless work of a great team. Being the first Embraer Authorized Maintenance Center for the E2 in the EMEA region is an important credential for OGMA in such a competitive and demanding sector as the international aviation market,” said Alexandre Solis, CEO of OGMA. 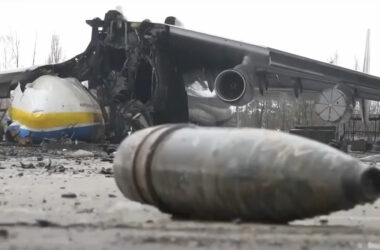