Emirates Airline confirmed this week adjustments to its flight network, which include reducing the number of seats available to destinations in South America. The main change is the end of the flight between Dubai and Santiago de Chile, with a stopover in Sao Paulo. The Chilean capital will be served by flights to Rio de Janeiro with three weekly flights and the remaining four with final destination in Buenos Aires.

Despite maintaining the daily flight, Rio de Janeiro will be serviced by a smaller widebody, the Boeing 777-200LR that replaces the currently used 777-300ER. This is a 26% reduction in the weekly seating offer while Santiago de Chile will lose even more seats: 40% less than the current five weekly frequencies, but that had already been reduced earlier.

However, in absolute numbers Sao Paulo will have the largest reduction: with the end of the second flight will be 1,330 seats less per week, or 27% reduction. The largest city in South America, however, will preserve its daily main flight, unique in the continent operated with the Airbus A380 with 517 seats.

For those intending to use Emirates, it is important to remember that all changes will only take effect from June 1, 2019, when the Dubai airline will make several other changes to its network. 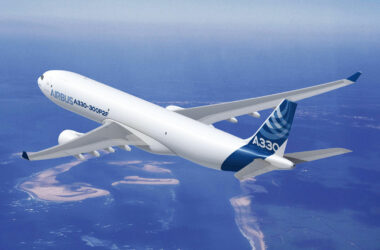 Amazon Air, the global e-commerce company’s cargo airline, will no longer have only Boeing jets in its fleet.…