Airbus has managed to expand commercial aircraft deliveries in 2022 by 50 jets, the airframer said on Tuesday. In total, 661 aircraft were delivered against 611 in 2021, almost 80% of the A320 family.

The advance was mainly obtained thanks to the significant increase in deliveries of the A321neo, which surpassed the A320neo and ended 2022 as the most delivered commercial aircraft by Airbus, with 264 units.

The A220 family, in turn, had only a brief growth, due to three extra A220-100s delivered. The -300 version, with the absolute majority of orders, repeated the same 47 aircraft delivered.

The A350-900 was stable after the non-accounting of two aircraft that should have been delivered to Aeroflot. Due to economic sanctions against Russia, the planes were held in France.

Airbus also delivered nine first-generation A330s, five more than the year before last. Five A330-200s will be converted for aerial refueling while four A330-300s were received by lessor Altavair.

“In 2022 we served 84 customers with 661 deliveries, an increase of 8 percent compared to 2021. That’s obviously less than we were targeting but given the complexity of the operating environment I want to thank the teams and our partners for the hard work and the ultimate result,” said Guillaume Faury, Airbus Chief Executive Officer.

Airbus’ original target was to deliver around 720 aircraft last year, a number that was reduced to 700 units shortly afterwards. In December, however, the company recognized that it would be impossible to meet the forecast due to problems in the supply chain. 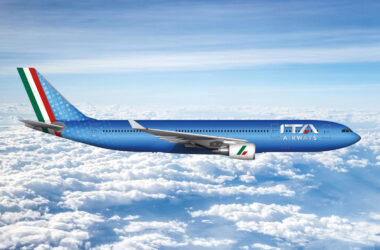 ITA Airways was announced on Friday as a new member of SkyTeam. The new Italian flag carrier will… 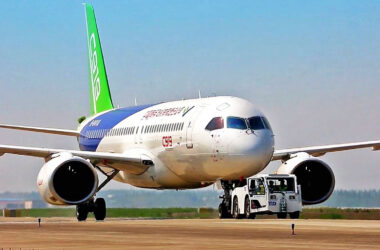