On December 5th, Avianca will celebrate 100 years of existence. Founded under the name SCADTA (acronym for Sociedad Colombo-Alemana de Transportes Aereos), the airline is the second oldest in the world still in business, founded just days after KLM, which celebrated its centenary last month. They are victorious because of the high mortality rate of airlines in the world.

Thanks to tight profit margins, an airline is a tough business. A very old saying goes that if you want to be a millionaire carrying passengers you just have to be a billionaire. Many of these companies survive for inglorious periods in the hands of protective states that in many cases prefer not to lose a brand associated with the country, for example.

When exposed to increased competition, however, many formerly well-known names succumbed, such as Pan Am, the world’s most famous airline until the 1990s. With its image spread across all continents, the company founded by Juan Trippe was a kind of winged “Coca-Cola”, carrying the US image to every corner of the globe. Even so, it could not stand the aviation deregulation, and not even its much-celebrated brand became an irresistible asset – on the contrary, attempts to revive it were no further, a symptom that in aviation a famous name does not mean much.

What are the 10 oldest airlines still in operation?

The official name of the company is Koninklijke Luchtvaart Maatschappij which in English means Royal Dutch Airlines, also used by the Dutch company of aircraft painted in two shades of blue. Founded by a group of businessmen, KLM only made its first flight in May 1920 from the defunct Croydon Airport in south London to Amsterdam with a De Havilland DH-16, a four-seater biplane. Today the airline is part of the Air France-KLM group and carries more than 34 million passengers a year with a fleet of around 220 aircraft.

Like many air transport initiatives in South America, Avianca also emerged with the help of Germans. With a Junkers F.13, the company made its first flight between Barranquila and Puerto Colombia carrying mail, but in the following decade was already flying to the United States. After being sold to Pan Am, SCADTA joined another Colombian company that originated Avianca, or Aerovias Nacionales de Colombia in the 1940s. The Colombian airline was threatened to close as in 2004 when it filed for bankruptcy. From a brand that spread across the continent, such as Argentina and Brazil (licensed by OceanAir), Avianca today only maintains the operation in Colombia, in the hands of American partners, including United Airlines.

The airline whose logo is a stylized kangaroo was founded in 1920 in the Queensland region. Its name comes from Queensland and Northern Territory Aerial Services Limited and its first aircraft was an Avro 504K, one of the most produced biplanes in history and born as a military aircraft in World War I. With more than 300 airplanes and carrying about 55 million passengers annually, Qantas is Oceania’s largest airline and has launched a project to operate the world’s longest flights, Sunrise, with which it will launch routes such as Sydney-New York and Melbourne-London.

Once the largest airline in the world, it is a separate case in commercial aviation. Aeroflot was an exponent of the Soviet Union, but it survived the end of communism and today is a stock company, although it is still subject to interference from the Putin government. Unlike other such initiatives, Aeroflot arose out of a determination by Communist leader Lenin to establish air transport in the vast country. When it was created, the company was actually the country’s own commercial aviation. As a result, it took on a variety of functions from passenger transport to agricultural aviation, always with local aviation industry exponents such as the popular Tu-154 and Il-62. Today it is transformed, with a fleet of Western jets that will soon include the A350.

Unlike the airlines mentioned above, Czech Airlines was founded by the Czechoslovak government itself (at the time the two countries were still united) under the name of ČSA (Czechoslovak State Airlines). The first flight took place soon: less than a month after it was founded, its first route debuted between Prague and Bratislava. In 1939, however, the company was disbanded because of the civil war and shortly after World War II. Already under Soviet control, the country was unified in 1948 and ČSA flew again. The influence of the Soviet Union provided the supply of Russian aircraft including the Tupolev Tu-104, one of the first passenger jets in the world, which made the airline one of the first three to operate this type of aircraft in the world. With the end of Czechoslovakia in the early 1990s, the company was renamed Czech Airlines and in recent years has had its control transferred to private partners.

Finnair began operations in 1923 under the name of Aero O/Y in a partnership between a Finnish consul and other partners and Junkers, a German manufacturer that supplied its first aircraft, an F.13 monoplane. The first flight took off in March 1924 from the capital Helsinki to Tallinn, Estonia, across the Gulf of Finland. After World War II, the Finnish government acquired part of the airline’s shares with the intention of establishing longer flights. In 1953, it was renamed Finnair and to this day is controlled by the state that owns more than 55% of its shares.

One of the largest airlines in the world, Delta has had a curious early career. It was founded in 1925 as “Huff Daland Dusters” and had aerial dusting business as its service. The company only became Delta (Air Services, initially) in 1928 when it was bought by C.E. Woolman who honored the Mississippi River Delta. Known for its huge hub in Atlanta, Delta only transformed the city into its headquarters in 1941 and four years later changed its name to the current Delta Air Lines. Its expansion phase began in the 1950s when it incorporated other companies and was the first to operate some jets such as the DC-8 and Convair 880. In more recent times, the company has grown more than ever by buying Pan Am’s routes to Europe and take over Northwest, and with it a whole air network to the Pacific.

The small Grand Canyon Airlines has been a scenic flight company in the US since 1927. Born under the name Scenic Airways, the Arizona-based company began its flights with a Ford Trimotor and Stinson Detroiter single-engine, both high-winged and which made it easier for passengers to observe the canyons. The company currently has a high-wing turboprop fleet, the De Havilland Canada DHC-6 Twin Otter and the well-known Cessna 208B Caravan.

As with many early aviation initiatives, Air Serbia also debuted under another name, Aeroput. The current Serbian flag carrier, the company was established in Belgrade in 1927 in the days of the Kingdom of Yugoslavia, a country that became communist after World War II and, with the end of the Iron Curtain, suffered from the civil war, which dissolved it in several republics from 1992. During this period, Air Serbia was renamed JAT Jugoslovenski Aerotransport and curiously began to use western aircraft in the 1960s such as Sud-Aviation Caravelle, DC-9 and Boeing 707 and 727, among others. The company changed its name in 2003 to JAT Airways and represented then Serbia and Montenegro. In 2013, already with Montenegro separated from Serbia, JAT had part of its actions taken by Etihad and its name became Air Serbia. With two dozen planes, the airline carried 2.5 million passengers in 2018.

Iberia is one of the oldest names in commercial aviation. The company was founded in 1927 as part of a Spanish investor company and Deustsche Luft Hansa (DLH), the first German flag company, created the previous year and which was extinguished in 1945 (and whose name was bought by Luftag, now Lufthansa, in 1954). Despite a promising start, the company stopped flying in 1929 but remained alive until in 1937, during the Spanish Civil War, it was reactivated by the nationalist government with German aircraft. In 1940 Iberia had a monopoly on air travel in Spain for a few years, which helped it to grow in the period, including establishing the first scheduled flights between Europe and South America in 1946. Since 2001, when it was privatized, it became part of the IAG group, which brings together other companies such as British Airways and Aer Lingus.

Until January this year, the list above would feature an illustrious unknown, Tajik Air, of the former Soviet Republic Tajikistan. But the company, established in 1924, closed its doors because it could not withstand competition with newcomer Somon Air. In that long period, it was a division of Aeroflot and operated independently from the end of the Soviet Union in 1991, when it passed. flying with western planes like the Boeing 737, 757, 747 and 767.

Absent from the list, British Airways celebrated its centenary in 2019. However, BA was created in 1974 after the nationalization and subsequent merger of the famous British Overseas Airways Corporation (BOAC) and British European Airways (BEA), as well as two other small companies. Its origins, however, date back to 1919 when two companies, Handley Page Transport and Instone Air Line, were created and later absorbed by Imperial Airways in 1924. BOAC was eventually created by the merger of Imperial and Allied British Airways into 1939 and thus BA’s connection with the UK’s pioneering airlines explains the company’s symbolic 100 years. 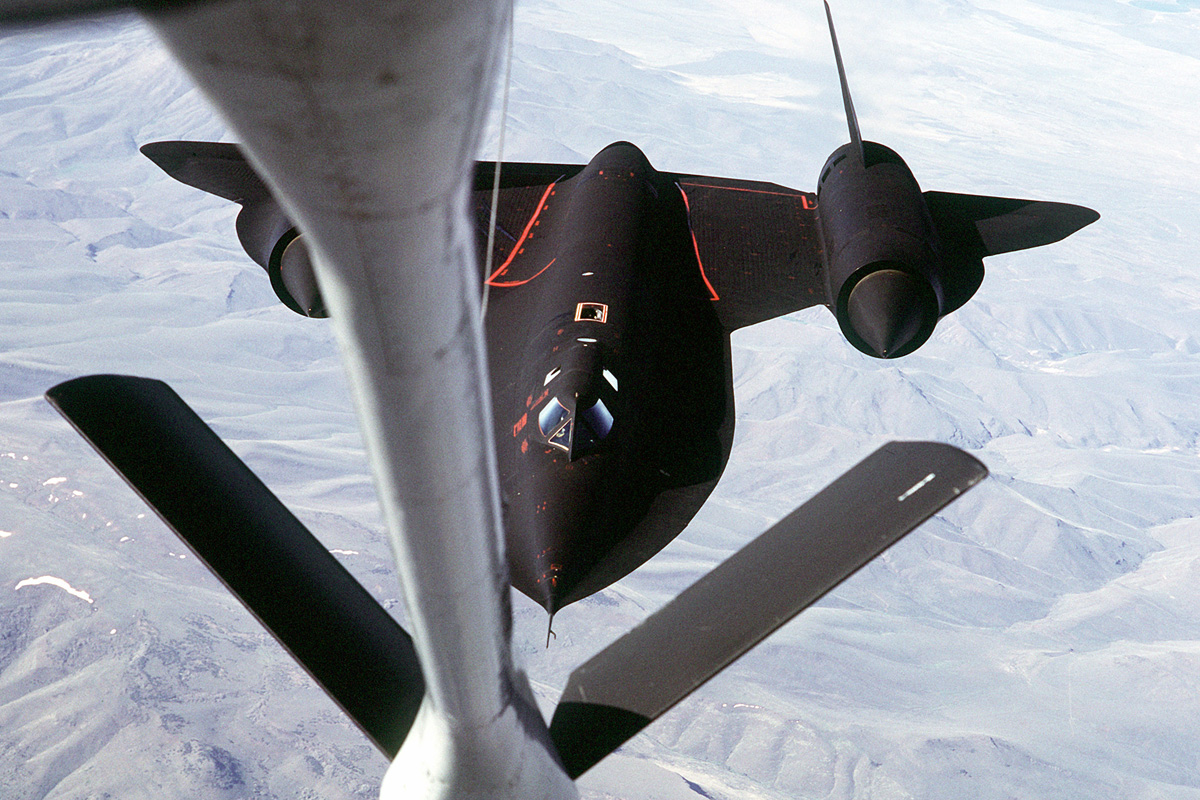 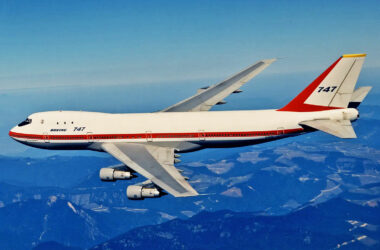 What were Boeing’s other designs for the 747?