2020 will be a landmark year in Embraer’s history, but not for good reason. The Brazilian airframer is going through one of its biggest crises after having the joint venture with Boeing canceled already under the effects of the coronavirus pandemic.

Like other aircraft manufacturers, Embraer also resents the sharp drop in demand for commercial flights that affected its production rate and especially the closing of new sales agreements.

The result of that perfect storm can be seen this week when the planemaker released its civil aircraft delivery and order data in the second quarter of 2020. Only four commercial jets were sent to its customers, two E175s for Skywest and two E190-E2 for Helvetic Airways.

The good news is that the Brazilian company managed to avoid cancellations in the last quarter. It remains with 1,902 firm orders of which 314 are yet to be delivered. Embraer also has 401 purchase options for its customers, which together gives the company a total of 2,303 E-Jet family aircraft sold.

However, compared to the numbers for 2019, there was a reduction of 30 orders, 15 firm and 15 other options. It was just the best-selling first-generation E175 that lost sales, from 815 to 798 units last month.

The new E2 family, on the other hand, saw a slight increase in orders, which now reach 173 units thanks to changes in some orders. Even so, Embraer’s new generation of commercial jets has only 12% of all company orders. 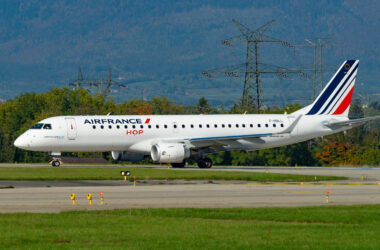