Azul finally took delivery of its Airbus A350-900 to its fleet. On Wednesday, the first of four planes that are being configured to fly by the airline landed at Confins Airport, in Brazil, coming from Tarbes, France.

According to the airline, two A350s will be introduced to the fleet this year and will replace a pair of A330-200s on its international routes.

In addition to taking the place of older jets, they will also offer more seats as they can carry up to 334 passengers – the A330ceo has just 251 seats or 271 seats, depending on the aircraft’s configuration.

“The Airbus A350 is one of the most modern aircraft today, which will bring much more comfort to our customers and more efficiency in terms of fuel consumption and CO2 emissions, bringing a reduction in the cost per seat when compared to the A330CEO aircraft, which currently perform Azul’s long-haul flights,” said John Rodgerson, president of Azul.

Azul’s A350s, however, are second-hand aircraft, having flown in China in recent years. The Brazilian airline even ordered the aircraft, but changed its mind in 2017, then carried out a process of leasing it to third parties.

The high demand for international travel together with the drop in the leasing prices of widebodies may have influenced Azul’s management to rethink its strategy.

The A350 is a more efficient aircraft than its A330-900neo, with construction mostly made of composite material that ensures greater lightness and more efficient pressurization. On top of that, the Airbus plane consumes less fuel, which helps to reduce operating costs.

According to Azul, the A350-900 will undergo a process to complete its certification by the Brazilian authorities. Both jets are expected to enter service at the end of the year, but Azul did not reveal which destinations will be served with its new widebody. 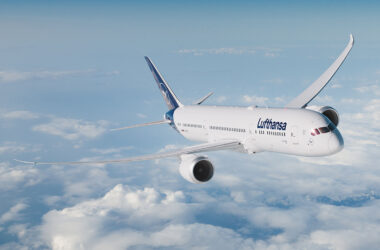 Lufthansa has confirmed the arrival of its first five Boeing 787-9 jets in 2022. The new widebody aircraft… 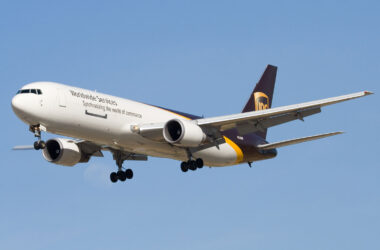