Despite its simple design, the Pucará is undoubtedly the most significant aircraft ever built in Argentina, which even flew the first jet planes designed in South America.

Manufactured by the FMA (Fabrica Militar de Aviones), the IA-58 emerged as a turboprop with the mission to be a light attack aircraft whose first AX-2 prototype flew exactly 50 years ago (on August 20, 1969).

The aircraft, best known during the Falkland War when it was widely used against British forces, is nearing the end of its career in the Argentine Air Force. On Wednesday, Commodore Darío Quiroga, the head of the 3rd Air Brigade, confirmed that the turboprop will have a farewell ceremony on October 4 at Reconquista Air Base in the north of the country.

It will be the end of an era that lasted just over 44 years when the first IA-58 went into operation in May 1975, and months later had its baptism of fire when used in attacks against guerrillas.

But it was in the Falklands that the Pucara became known worldwide. By 1982, the FMA had delivered about 60 aircraft, and its versatility and ability to operate on unprepared runways made it a valuable weapon in the conflict with the United Kingdom.

One of the planes achieved the only confirmed victory in the air by shooting down a British Marines Scout helicopter. At the end of the conflict, won by the United Kingdom, no fewer than 11 aircraft were captured, some of them sent to the country and still exhibited in museums.

Pucará (‘fortress’ in the Quechua language) began to materialize shortly after the military overthrew the Argentine civil government in 1966. With several guerrilla groups scattered throughout the country, the government decided to develop an aircraft capable of counterinsurgency missions. . His project was requested to the then National Direction of Manufacture and Aeronautical Investigation (DINFIA), later, FMA.

At the time the IA 50 Guarani passenger turboprop was being developed and the same team was eventually responsible for the new aircraft which opted for an unswept low wing configuration with positive dihedral tips.

The T-tail and two tandem seats completed the design, which featured four 7.62mm FN Browning machine guns on the sides of the fuselage and two 20mm Hispano Suiza cannons at the bottom, as well as several wing armament points. The Pucará also had zero-ejectable seats provided by the English Martin-Baker.

Although it flew with Garrett engines in the first prototype, the FMA eventually adopted the Turbomeca-supplied French Astazou turboprop. Its performance was respectable: cruising speed of 430 km/h, combat radius of 350 km, service ceiling of 10,000 meters and capacity to carry more than 1.6 tons of armaments.

Argentina sought to offer Pucara to other countries, but only Uruguay, Colombia and Sri Lanka operated the plane. Brazil even studied the purchase of 30 units as part of the Amazon SIVAM surveillance project, but eventually opted for the Embraer Super Tucano.

During these four decades, a number of ways to upgrade the aircraft have been devised, including even jet and pressurized versions, but in the end almost no initiative has gone very far. One of the most likely to come true was the IA-58C variant with a seat.

Developed after lessons learned from the Falklands, it featured a more powerful 30mm DEFA cannon, air-to-air and anti-tank missile capabilities, and even electronic warfare avionics.

A prototype flew in 1985, but the Air Force eventually canceled the acquisition of 15 units for lack of resources. A few years ago, Pucará received new avionics in a light modernization performed by the FMA.

Despite the good image, the turbo-propeller was no longer used by Colombia in 1998 and Uruguay in 2017. Now is Argentina’s final turn, putting an end to its operating history. According to Quiroga, the Pucarás have already reached a number of flight hours that limits their use, especially in relation to engines and ejection seats.

Of the 110 airplanes produced, there would be about 20 Pucará active in the Argentine Air Force that will surely be deservedly preserved in the country’s museums, it is expected. 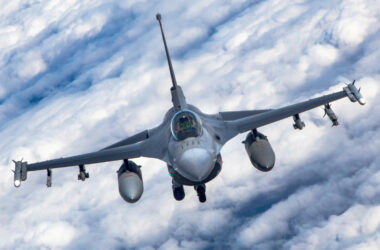 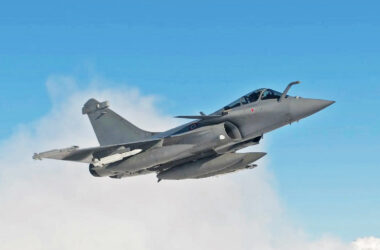