Ricardo Meier
0
0
0
0
US airline has operated the 747 since 1970 and should remove them from its flights in October. Delta also will cease operating the famous commercial jet this year
Total
0
Shares
0
0
0
0

One of the first customers of the Boeing 747, United Airlines is expected to retire the remaining aircraft from its fleet until October of this year. The well-known commercial jet today is used on transoceanic routes from San Francisco, California, and should be replaced by the 777-300ER that will be delivered to the company during 2017.

Today 18 units of the Boeing 747-400, of 45 aircraft already received by the company, operate in United. According to the Flight Global website, the last flights of 747 by United will occur on October 30, according to an internal memorandum distributed to the airline’s pilots. The date was anticipated in a year as the 14 B-777 that will replace them will be delivered during this year.

With this, United joins other Jumbo companies like Cathay Pacific, Air France and KLM, who are also retiring the plane. The reason is that the operating cost is high and its capacity, not so viable in several routes – the 777 takes almost the same number of passengers, but with lower costs.

Although not one of the companies that launched the 747 in the late 1960s, United soon became the customer of the huge aircraft by receiving the first 747-100 in the late 1970s. In addition to its 747 purchased, the company also took aircraft Of the defunct Pan Am in the 1980s, by acquiring its Pacific routes, including the 747SP, the shortened and long-range version of the Jumbo. In total, 90 Boeing 747s were used by the company, including the -200 version.

Only two major American airlines use the 747: in addition to United, Delta has only seven units but will also be retired in 2017. If in the early 1970’s Jumbo flew by almost all major American airlines (American Airlines , TWA, America West and Braniff also operated) it was not long before most of them decided to use smaller planes that hit the market in the next decade – and thus maintain more frequencies instead of offering many seats on a single flight.

As a result, there will be no more 747 in the United States passenger fleet after more than 47 uninterrupted service – Pan Am put it into operation on January 22, 1970 on the New York-London route. Currently, the active fleet of Boeing 747 is about 500 aircraft, most of the version -400 used as freighter. 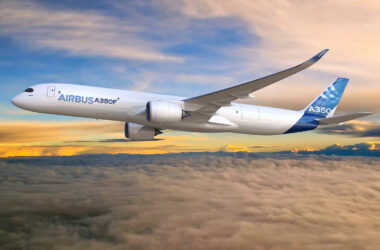 KLM Cargo will also be a customer of the new Airbus freighter, the A350F. The Air France-KLM group… 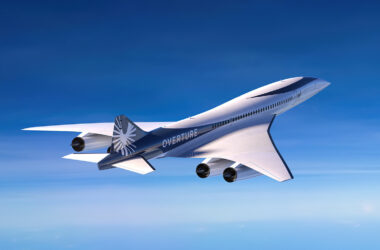 The largest airline in the world, American Airlines also wants to be one of the fastest in the…