Ricardo Meier
0
0
0
0
Brazilian airframer, which announced orders for 250 aircraft, is one of the most advanced companies in the design of an eVTOL
Total
0
Shares
0
0
0
0

With its commercial jet backlog shaken in recent years, Embraer appears to have found a new niche in the market, the eVTOL. Created in 2017, the Brazilian company’s ‘flying taxi’ development program has made its shares on the stock exchange appreciate in value in recent days.

The reason for this were two announcements of orders for the electric vehicle developed by Eve, its subsidiary created from EmbraerX, the division responsible for the so-called UAM (Urban Air Mobility).

The first deal involves partnering with Halo, a US and UK helicopter air taxi company that has placed an order for 200 units of Eve’s eVTOL. Earlier this week, it was the turn of the Brazilian company Helisul to announce an order for up to 50 vertical take-off and landing aircraft.

The good news didn’t stop there. On Thursday, Embraer revealed it was in talks with the US’s Zanite Acquisition Corp, which may invest in Eve’s project.

The revelation made the manufacturer’s shares on the Brazilian stock exchange jump from R$17.27 on Wednesday to R$21.02 at closing this Friday. On the New York Stock Exchange, there was an appreciation of almost 20% in the last five days.

Optimism about the future of the eVTOL project has also been seen in other initiatives such as the North American XTI and Virgin Atlantic, which this week announced plans to offer an air service between the airports of Heathrow, Gatwick, both in London, and Manchester.

But Embraer may be in a privileged position in this new market, due to its vast experience with the certification of complex aircraft such as its commercial jets and military models such as the C-390 Millennium airlifter.

So far, the most advanced eVTOL projects are being run by startups with little experience while giants Airbus and Boeing still remain reticent about this market.

Airbus is developing two projects, CityAirbus and Vahana, however, the European manufacturer revealed in March that it does not see the technology ready until the end of the decade. “Two, three years ago I said 2025. I now say the second half of the decade,” said Guillaume Faury, CEO of the company.

Boeing, in turn, suspended work on NeXt in September 2020 for lack of money. The company developed two models, the PAV (Passenger Air Vehicle) and the CAV (Cargo Air Vehicle), but both crashed in 2019.

The sluggishness of the two aerospace giants contrasts with the massive order placed this week by Avolon, an Irish leasing company that is a big customer for Airbus and Boeing jets.

Avolon on Friday announced a deal for up to 500 units of Vertical Aerospace’s eVTOL VA-X4 in a $2 billion deal. The first electric aerial vehicles will begin to be delivered at the end of 2024.

As for Embraer, its as-yet-unnamed eVTOL may hit the market a little later, in 2025 or 2026. But it will certainly have a very large backlog by then. 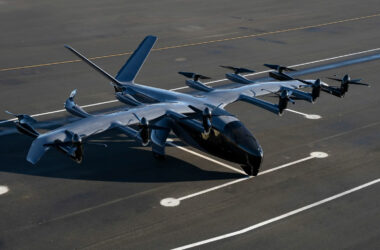 The involvement of car manufacturers with Urban Air Mobility is not unprecedented. Automakers such as Honda, Toyota and…