The Harrier attack aircraft emerged in the late 1960s with a bold goal, offering vertical take-off and landing in a fighter. Many projects had tried to bring the two capabilities together in one combat aircraft, but only the Hawker Siddeley plane was successful.

The main feature of the jet was the Rolls-Royce Pegasus engine, with vectorable thrust and which, instead of having a common nozzle, has four rotating exhausts that can be positioned in an angle range of almost 100 degrees.

The Harrier entered service with the Royal Air Force in 1969, but it was the Sea Harrier version that gained notoriety in 1982 during the Falklands War.

With a restricted aircraft carrier fleet, the Royal Navy used the fighter and even the terrestrial version to regain control of the South Atlantic archipelago, taken by Argentina.

Already at that time a new generation of the V/STOL fighter was being developed, in a partnership between BAE and McDonnell Douglas (now Boeing). The AV-8B or Harrier II entered service in 1985, being ordered by the US Marines.

Where are the Harriers on service?

Since then, the aircraft has remained a major asset in the US force, unlike the UK, which has retired all of its Harriers.

The introduction of the Lockheed Martin F-35 fighter, however, was the cue to end the Harrier’s career. Both the USMC and the Italian Navy are in the midst of this process.

The US, however, is expected to delay AV-8B operation until 2029, despite the arrival of the F-35B. In January, the company Vertex Aerospace won a contract to upgrade the fighter to extend its useful life until the end of the decade.

The Harrier II fleet in the USMC comprises 124 aircraft, including radar aircraft, for night attack and training.

Italy, which is putting into service its new aircraft carrier Cavour, has started to receive the F-35Bs, which have already carried out tests on board the vessel.

The 15 AV-8B (one of them TAV-8B) are listed in their inventory, but are being used less often as they lack Cavour-compatible systems..

The AV-8B’s other customer is Spain, which also operated the first Harrier, known in the country as “Matador”.

The Spaniards plan to keep their 12 planes operational until 2030, which could make them the last Harriers in service in the world. The country’s Navy is negotiating with the USMC to extend a joint maintenance program until at least 2028.

Currently, the AV-8Bs operate on the Juan Carlos I amphibious vessel but there are rumors that the European nation may become another F-35 customer in the future, which has recently been disproved. 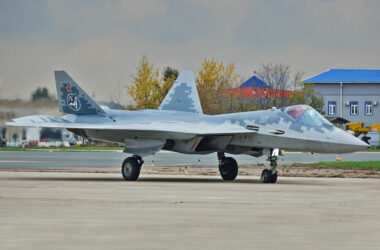 The Sukhoi Su-57 ‘Felon’, the Russian Air Force’s most advanced fighter jet, has been involved in the conflict… 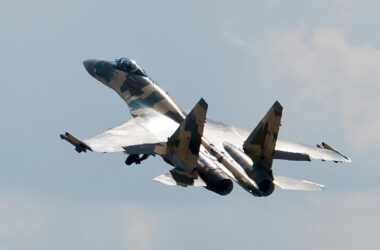 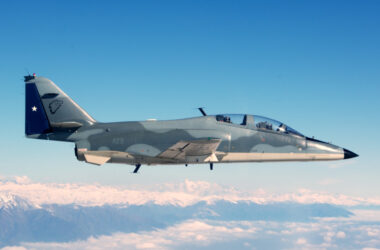 The Chilean Air Force (FACh) held on Tuesday at Los Cóndores Air Force Base in Iquique, the ceremony…