By 2017, the KC-390 had conducted the first FAB fighter “dry contact” tests. In this type of operation the aircraft connect, but there is no fuel transfer.

Embraer’s multi-mission freighter, recently named C-390 Millennium, can refuel other aircraft in flight through two wing-mounted probes, delivering up to 1,500 liters of fuel per minute. At this rate you can replenish the F-5 and A-1M internal tanks in less than two minutes.

Using three extra tanks, the KC-390 can carry a total of 35 tons of fuel – the aircraft’s standard capacity is 23 tons. According to Embraer data, the aircraft is capable of performing aerial refueling operations at speeds between 220 km/h and 560 km/h at altitudes ranging from 610 meters to 9,750 m.

The Brazilian Air Force has confirmed to the website that all ordered KC-390s (28 units in all) can be equipped with in-flight refueling equipment. Until then, this function was performed only by two KC-130s, a version of the veteran C-130 Hercules turboprop for aerial refueling operations.

The FAB also added that it plans to begin flight refueling trials of the KC-390 with H-36 Caracal (Airbus H225M) helicopters from next year. The Embraer military freighter is also designed to be refueled in flight, but the air force has not yet set a deadline for these tests to begin. In the future, the aircraft will also be able to refuel the F-39 Gripen fighters.

The first KC-390 was received by the Brazilian Air Force in September this year and a second aircraft should be delivered to the Air Force by the end of this year. 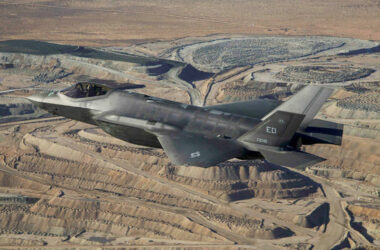